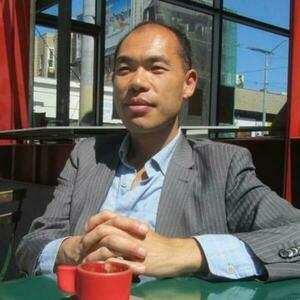 Henry is a champion for translators, interpreters and terminologists worldwide. A highly respected consultant interpreter for heads of states, trade and diplomatic missions, Most people will know Henry as a seasoned provocative keynote speaker in Oceania, North America, Latin America, Europe, Asia and Africa with particular emphasis on branding and visibility.

An opinionated advocate of our profession, Henry was elected 13th President of the International Federation of Translators (FIT) and was instrumental in the adoption of the UN General Assembly Resolution 71/288 in recognition of the role of professional translation in connecting nations and fostering peace, understanding and development, as well as the worldwide recognition of 30th September as International Translation Day (ITD).

He has been called Cassandra given his predictions about the future of our profession. Henry penned an invited opinion piece in 2018 on how tech impacts on role of interpreters which is still relevant today, His latest collaboration is with Prof Barry Olsen and the late Sergio Viagio on Diplomatic Interpreting which will be part of the upcoming Routledge Handbook of Conference Interpreting edited by Professors Elisabet Tiselius and Michaela Albl-Mikasa.